An interpretation of an area near Stroud, which is criss-crossed by canals. A hundred years ago the canals were used for the transport of goods and people. Now they have become recreational facilities for the communities. 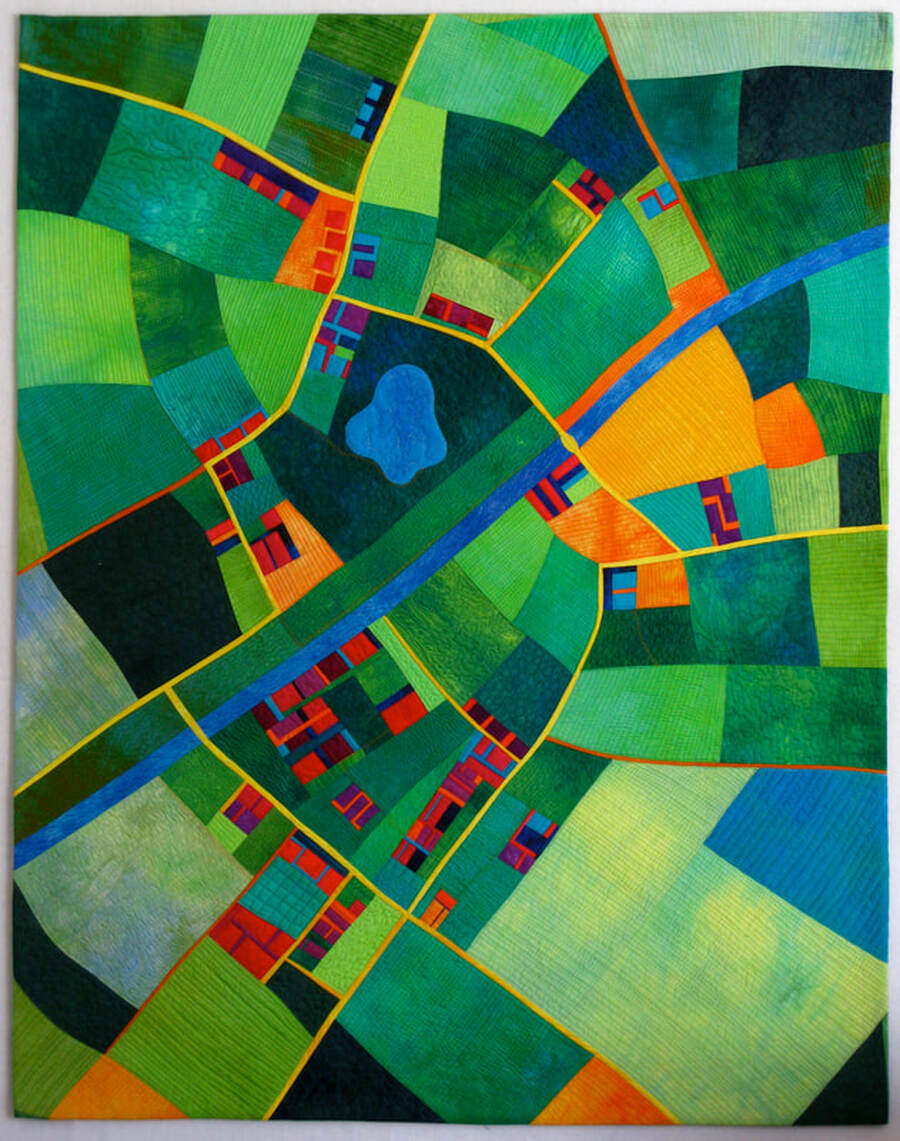 Exhibited at:
Solo gallery at European Patchwork Meeting,Alsace, France,2011
The View from Here, ColourFX at The Framers Gallery, London
The Bishop’s Palace, Wells, Somerset;
The Festival of Quilts 2013;
Danish Patchwork Guild, 2013.
ColourFx at the Somerset Rural Life Museum, Glastonbury.
In the collection of Susan Veltins.
Back to Maps
Copyright © 2020 Alicia Merrett. All rights reserved