Glastonbury Town and the Abbey Grounds

​An interpretation of the centre of the town of Glastonbury, near where I live. The town buildings surround the grounds of the ancient Abbey, which is now a well known tourist locality, the ruins being superbly maintained by conservationists and archeologists. The Abbey and the town are linked to the legend of King Arthur. (See more details about this in the Glastonbury gallery). 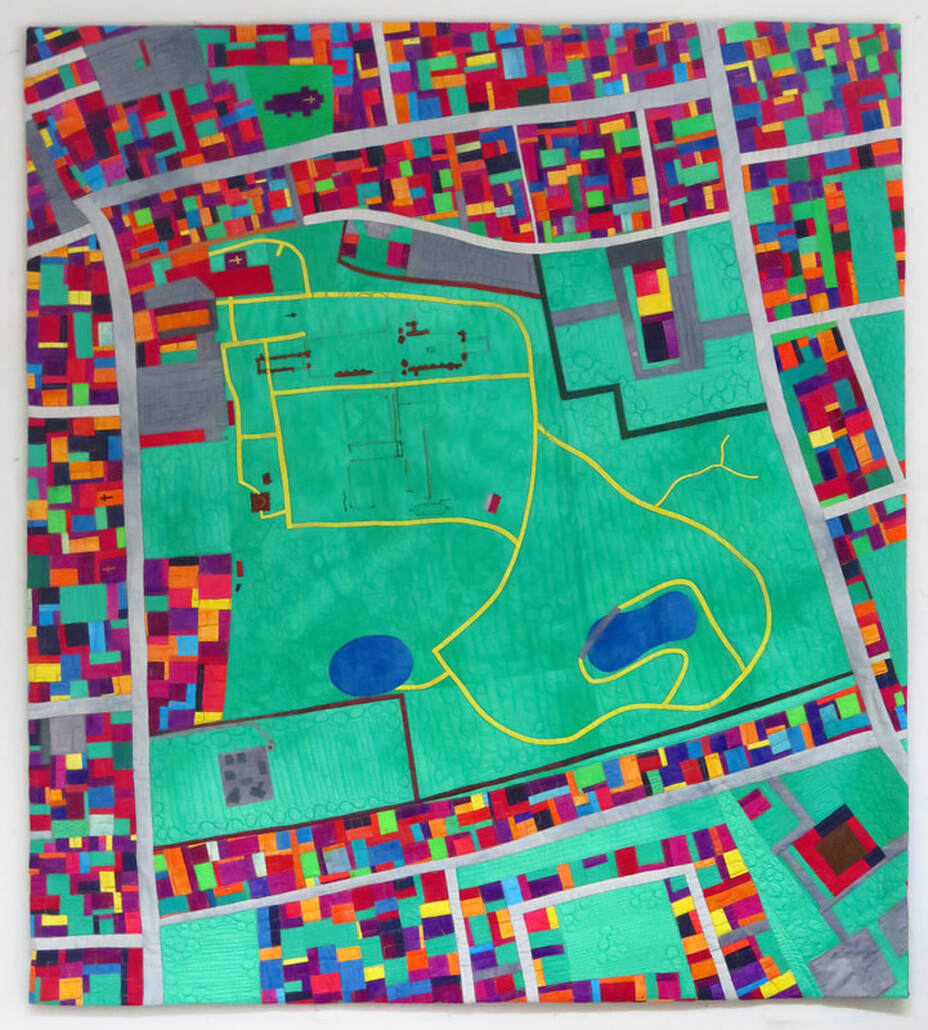