This very large piece was my response to SAQA’s call on the subject of Earth Stories. Twenty-five international artists were selected on the basis of their proposals to interpret a variety of positive earth projects throughout the world.
I wanted to illustrate the importance of nature reserves in the protection of endangered species. Shapwick Heath National Nature Reserve is one of six reserves in the Avalon Marshes in the Somerset Levels, near where I live. It protects and maintains wetland habitats and the plant and animal species that inhabit them.
As David Attenborough says: "Create the space and the animals will come."
Nature reserves are also very important as places for relaxation for the community, and also in educating the general public, and particularly of young people, about nature and our need to protect the environment. 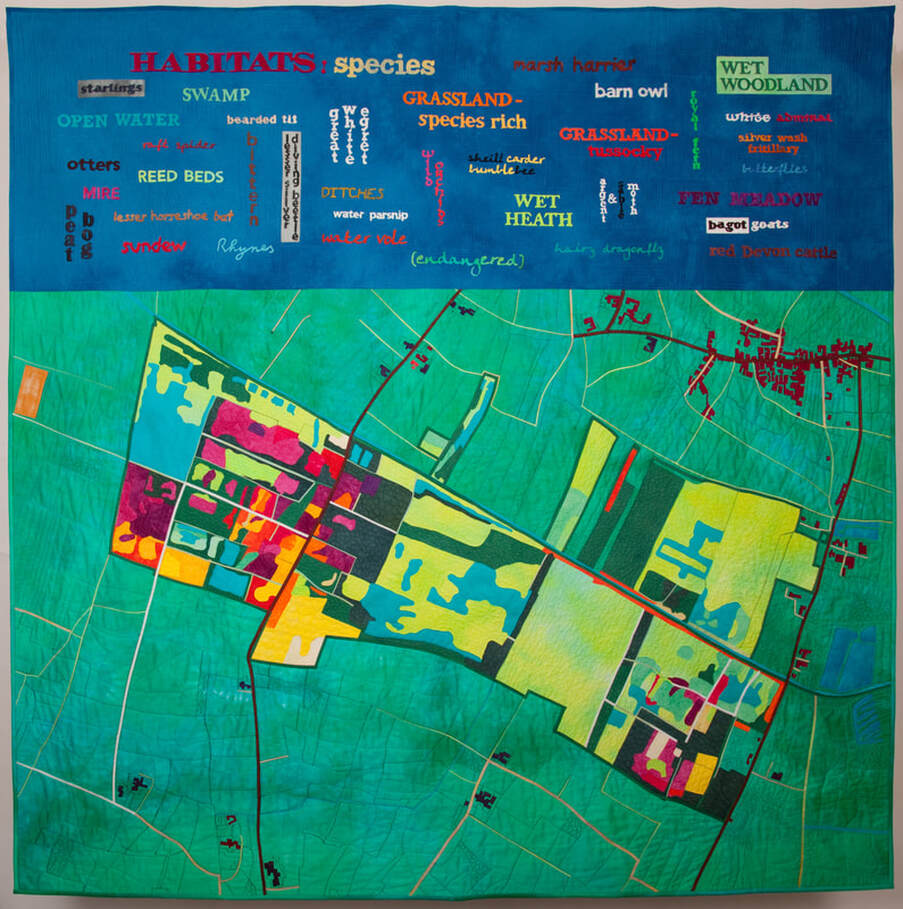