In 2006 ColourFX, a group I used to belong to, mounted an exhibition based on Shakespeare’s Sonnet 18. One of the bard's best known sonnets, it starts with the famous line: “Shall I compare thee to a summer’s day….?”

The themes of this sonnet are growth, maturity and decay, but also persistence / immortality  through lineage (marriage and offspring), and through the poet’s immortal lines. My triptych represents three stages – youth and spring; middle age and late summer; late age and winter - each illustrated by a line from the sonnet. They are: 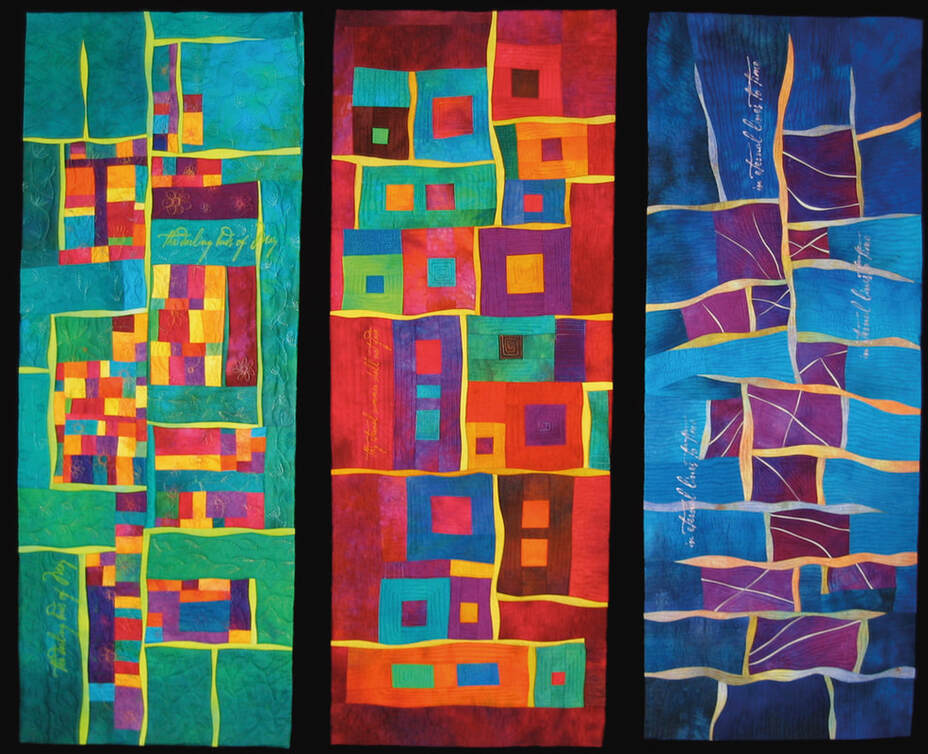